Yesterday, Cole and I headed over to our local Learning Express toy store.  They were having a huge Columbus day store-wide sale, and it’s also getting close to Cole’s 5th birthday.  Each year we go to Learning Express and make a “birthday bucket” which is basically like a kid’s wish list of toys they want to get.

We do it for family & friends who might ask what Cole wants but have no idea what to get him.  Plus, I get a discount on the items in the bucket after his birthday is over so it’s a win-win since Christmas follows shortly after his birthday.  And I like that it gives me a little bit of insight into some toys I wouldn’t have normally thought to pick out for him.

So.  Looking for ideas for a 5 year old boy?   Here are some ideas straight from the source:

Sqwishland SqwishLanders (not to be confused with Squinkies.  Oh, I know.)  These are at least cheaper than their counterparts.  These little rubber animals come in small balls.  The SqwishLander itself has a small hole on its stomach so you can decorate with the SqwishLander – Cole added a “bracelet” to his bucket where you can change and swap out SqwishLanders and wear them.  A tube of 6 Sqwishland animals is $4.99.  (Great stocking stuffer!) 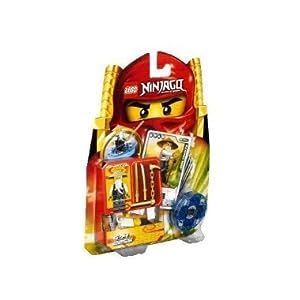 He continues to love Lego Ninjago products.  The Lego sets themselves are for 7+ so I had to steer him clear of putting any of those in his bucket (will save those for his big brother!) but the little figures are great for when the kids pretend to have battles.  It’s about $8-10 for a Lego Ninjago figure – you can get a variety of them on Amazon. 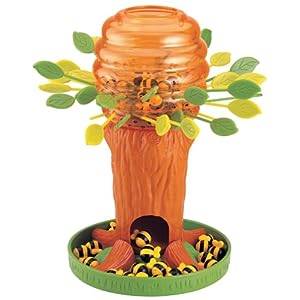 And I was glad when he added this Honeybee Tree from International Playthings ($14.47 on Amazon) because it seemed very age appropriate. (Having an older brother he only wants to play with older toys so much of the time!)  A friend of ours has this and it’s a cute game.  Kids pull out the leaves and try not to release the bees into the bottom of the tree.

He was very excited about this Lightsaber Room Light ($29.99).  It attaches to the wall and with a remote, it changes colors. Lastly, no stranger to Legos since his brother is obsessed, Cole selected some items from the Lego City line.  I had to steer him towards the age appropriate ones.  The key with the Legos is to see what the Lego piece count is.  Lego City is a great line for kids starting out with the smaller legos as they have several sets that are 5+.  We picked a few sets for him that were between the 200-300 piece range.