No more excuses.  This time of year, millions of women are hitting the gym and picking back up on an old or a new fitness regime to work off all that extra pumpkin pie and egg nog they indulged in last month.

Personally I’ve been talking about getting back on my fitness and diet from last summer and so far so good.  The biggest challenge I find this time of year is the motivation – or lack thereof – when the cold weather hits.  When there’s snow and cold outside, I want to just curl up inside of my house on the couch with a big cup of coffee and plate of carbs.

And I have a wonderful local gym I work out at – but I like that I don’t have any excuses not to work out at home.  Between the Wii and workout videos, there’s really no reason I can’t burn some calories at home too.

I recently received a box of new workout DVDs that I thought looked pretty good – if you don’t have a Wii or are looking for a new video, here are some ones to check out: 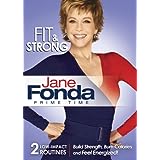 Jane Fonda Prime Time – Fit & Strong – $8.99 (down from $14.98) on Amazon with free shipping.  I love that Jane Fonda is still putting out workout videos.  I used to workout to her Step Aerobics all the time in college and she definitely still has it.  I hope to be this fit at her age.  Fit & Strong includes two 25-minute basic workouts that include a little of everything – strength training, burning fat, etc.  This DVD is brand new – it released November 30th. She also released Jane Fonda Prime Time – Walk Out, which is a walking workout for folks who like to walk to stay in shape. 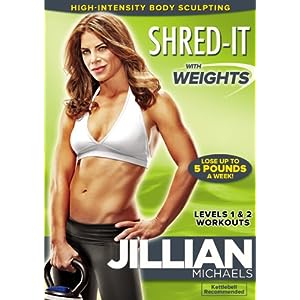 Jillian Michaels  has released two new workout DVDs – Six Week Six Pack ($8.99 on Amazon) and Shred-It With Weights ($7.99)  She’s hard-core as always but she gets results when you stick with her!  I have to admit, I wasn’t on the Jillian plan until I met her in 2009.

She was so genuine and nice, it only inspired me more to workout with her as you know she’s pushing for results as she truly wants everyone to succeed in their fitness goals. 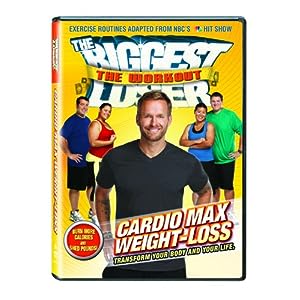 And while we’re talking Jillian, it only makes sense to transition into the new Biggest Loser workout DVDs – Biggest Loser: Power Walk ($8.99) and Biggest Loser: Cardio Max Weight Loss ($8.99).  If you’re a fan of the show, these are two DVDs worth checking out to kick it into high gear with your New Years Resolutions.